Premier League side Chelsea could move for Inter Milan winger Antonio Candreva, according to reports. The manager Antonio Conte is desperate to add more players before the deadline closes in a matter of days. 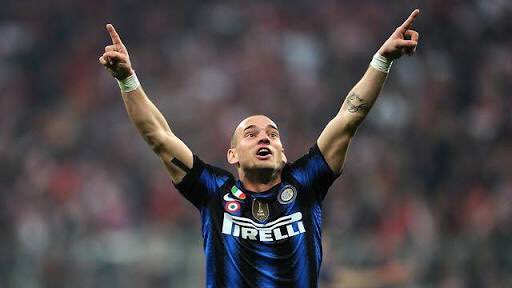 The Italian has always been linked with compatriots since moving to Stamford Bridge. Leonardo Bonucci, Marco Veratti, Graziano Pelle and many others that Conte managed as the Italy national team boss. After the Euro 2016, Candreva was linked with a move to Chelsea where Conte was taking over. The winger eventually moved to Inter from Lazio for around €22 million.

After a poor run of games, rumour mills claim Conte is ready to bring the player to England as Inter seek buyers for the 30-year old. Inter want to cut their losses, get decent offers and complete moves for Patrik Schick of Sampdoria, and embattled Eliaquim Mangala or Shkodran Mustafi before August 31.

The defending league champs have a policy of not employing players above 30 years. Since 2010, only Israeli star Yossi Bernayoun has moved to the club while in his 30s. The value of the player is expected to decline sharply as he does not have the figures to justify the €25 million or more price tag that Inter would demand.

The Blues would not gain as much signing Candreva and playing him in the right wing role. His dribbling stats – 48 last term – are not impressive though he has better stats playing in attack. He posted 83 key passes last year and 10 assists. However, there are better options like Arsenal’s Alex Oxlade-Chamberlain. The player is also just 24 years even though the Gunners might not want to sell to a rival.

Chelsea is struggling to maintain the home grown quota and Oxlade-Chamberlain would help. He would cost double of Candreva but he provides more depth and makes more sense for Chelsea at the moment.