Liverpool are considering a shock move for Chelsea winger Willian. The Brazilian will be out of contract at the end of the season and Liverpool have emerged as a likely destination for the player. 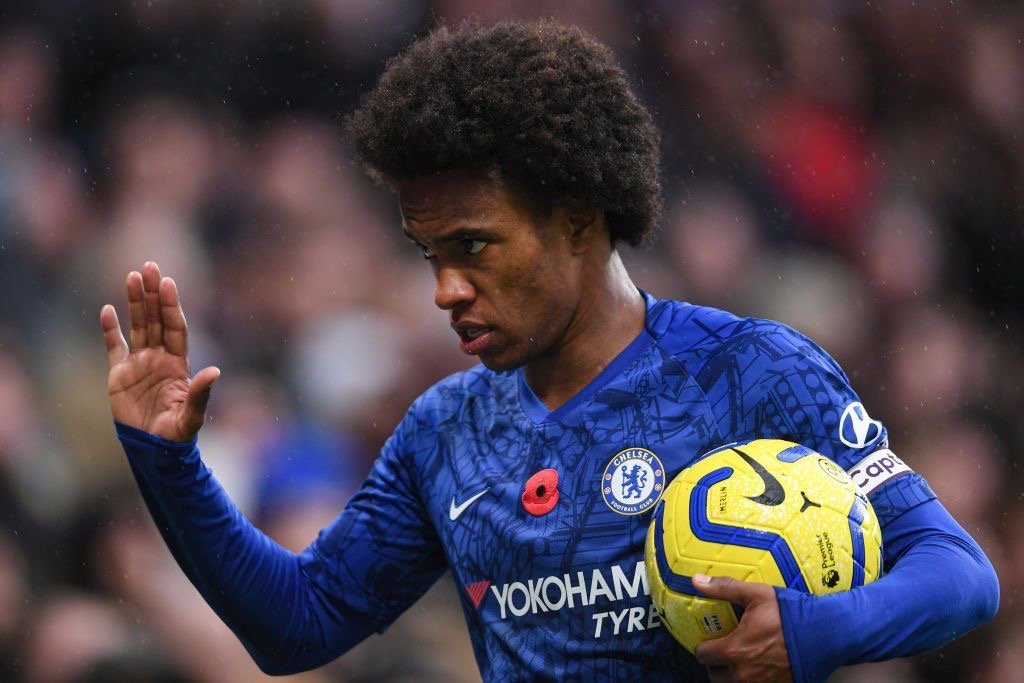 The Brazilian was close to joining the Reds in 2013 before making the move to the capital. He was also a subject of Intense interest from Tottenham Hotspur. He was alleged to have undergone a medical with the Lilywhites before Jose Mourinho interfered.

The player joined Chelsea from Anzhi Makhachkala. Willian attracted the interest of top clubs across the continent with his fine display with Shakhtar Donetsk. He made the move to Russia and soon was on the move again, as the club needed to sell top players to balance the books.

The Brazilian has been a regular with all the managers. He won the league under Jose Mourinho and Antonio Conte. He was used sparingly under Mauricio Sarri but he has been a regular under Frank Lampard. The departure of Eden Hazard to Real Madrid has handed more responsibility to Willian. After taking the Belgian vacant number 10, he has also taken the vocal point of the Blues attack.

The player will be out of contract at the end of the season. He was free to talk to interested clubs in January, but he chose to concentrate on Chelsea leaving the decision about his future till the summer.

Juventus, Barcelona, Arsenal, Tottenham Hotspur and most recently Liverpool have all indicated an interest in the 31-year-old.